The Holy Trinity of the Digital Crusade

Are you embracing digital, or just as confused as everybody else?

Much like the children’s fable of the duckling and the swan, the digital crusade has spent many years as the ugly duckling, paddling about in the murky waters of obscure, somewhat awkward, business conversations. Sometimes avoided, often criticised, and generally laughed at. Suddenly, something miraculous has happened our ugly duckling has emerged from the waters as a beautiful swan, heralding the dawn of the digital crusade to win over our hands, hearts and minds in the mainstream.

And we can’t help but love it in its mass appealing form and as change practitioners, there is certainly so much to note, learn and apply.

Some of us read this and think, “I told you so”, these are the prophets among us who have spent years speaking at conferences, trying to bridge the gap between work and play by preaching the gospel of gamification, smart devices, the cloud and virtual teaming. But no sooner had we digested these concepts and integrated them into our systems and ways of working, we now find ourselves faced with the next wave of game-changers:

The holy trinity of the digital crusade = VR + AR + AI.

Hold on… say what?

As we brace ourselves for a tsunami of flashy posts hitting our LinkedIn profiles, laced with jargon, projections and pie charts, let’s all admit a degree of discomfort with the fundamentals (if not the actual meaning of the acronyms) and get our heads around the key concepts. 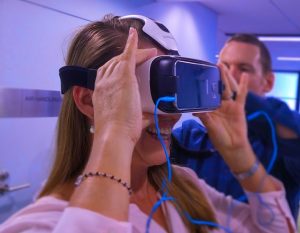 Who would have thought that the most complex and expensive piece of technology that allowed Schwarzenegger to travel to Mars in Total Recall has been in our pockets for some time now? Who would have ever thought that mobile phones would become so powerful and affordable that they could make virtual reality… well… a reality?  This, coupled with major players like Google, Facebook and Samsung filling in the gaps by providing extremely cheap headsets/sensors as well as platforms to develop content, made 2016 the year for VR to literally take off.

What makes Virtual Reality still such a hot topic is that it creates a fully immersive and sensory experience; it looks, sounds and feels like you are in another world. In a reality of “diminished astonishment”, virtual reality is the magical answer to captivate an audience, whether for marketing/entertainment or detailed attention to a process, business challenge or learning content. If you are trying to captivate your customers or your internal teams, this might be worth exploring.

So far, the media, advertising and entertainment industries have been the earliest adopters. However, the property development industry is finding a fantastic return on investment using virtual reality in the design, development, and marketing of commercial and residential developments, allowing anybody, anywhere in the world to explore and interact with a building that hasn’t even been developed yet. 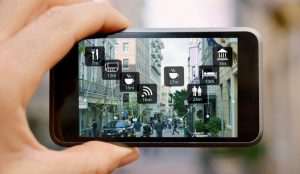 While Virtual Reality takes you away from reality, Augmented Reality is the opposite… it enhances reality.  If you thought AR was a topic to be ignored, ask your employees how many of them have downloaded Pokemon Go recently.

Using a smart device or headset, AR responds to your environment in real time and superimposes a digital layer to enhance your experience; providing informative content, media and interaction where and when it is needed. And in this exceedingly information hungry economy, brands are engaging with consumers to create, attract, share and connect information and experiences like never before.

You might be interested to know that Microsoft has major bets on AR, having launched the HoloLens. It may not be long before your next PowerPoint presentation is in AR. 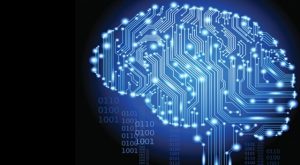 Whenever the topic of Artificial Intelligence comes up, one often imagines the dystopia of the Terminator movies, with Robots taking over the world and exterminating humanity. Advancement in robotics has been mind-blowing, to say the least, and we are seeing obvious examples in aviation, mining, engineering, logistics and even in health with robotic nurses administering injections in some parts of the world. But let’s take the robot out of the equation and focus on the AI element. “Soft Bots” are the not so obvious way in which AI is pervading into our lives. Call centres, financial advisers as well as the legal industry are all implementing online Soft Bots as the first point of contact to engage with their customers. Often these are so sophisticated that the customer is not even aware they are talking to a “Bot”. Even Facebook has allowed users to message deceased historical figures and ask them questions about their lives, experiences and times.

According to Thomas Watson Jnr of the IBM Thomas J. Watson Research Centre, “Our machines should be nothing more than tools for extending the powers of the human beings who use them”. And with IBM backing up “cognitive business”, we know that next year will see AI becoming much more ingrained into our workplace. Perhaps it is more of a “revolution”. The statistics say that AI is heading our way very quickly and according to the World Economic Forum, a revolution without trust is simply going to lead to failure if we don’t embrace it.

So whether you are a business leader, change practitioner or just curious, get yourself connected and explore. Let’s challenge our internal functions such as L&D and IT, asking them how they are embracing the digital trinity.