When the winds of change call for a shift, organisations must adapt to stay relevant.

Leaders have to shift their mindsets to be open to new possibilities and to facilitate disruptive transition periods.

As Lord Dewar says: ‘Minds, like parachutes, only function when they’re open!

In this Case Study, Blue Seed Consulting outlines how we helped a national research and development corporation discover where to focus its energy and carve out critical change stronger, faster and better.

The big picture. In our continuous world of uncertainty there are a few things that remain the same. Proving your value to your increasingly savvy stakeholders. Making life simpler for them. Easier to understand. Helping them justify their choice to invest in you, whether through buying shares or paying membership levies.

Customer-centricity is key. It demands an interactive-world of responsive people and service as well as technological transformation. At the same time, regulatory change requires constant process and protocol change to meet the external demands of changing government policies and changing regulations.

The organisation’s vision was to be better positioned to manage constant change AND grow. To be innovative, productive and values-driven. And to do so while keeping the lights on and managing the ‘business-as-usual’ needs of constant business pressures (the known, knowns).

‘We needed to change a huge number of things,’ the CEO explained. Especially the ability to deal with the unexpected.

They needed greater flexibility, responsiveness, and a culture to support that. They also realised they needed to be more change aware to be better.

The senior team thought the going-in position was to build a Centre of Excellence. To be followed by a whole workflow of change management activities across each area and workstream.

BUT: Their big ‘Ah Ha’ moment happened when the team understood that their ‘shopping list’ of change requirements all shared a common thread. The issues they were facing fundamentally required leadership. Their own leadership.

The Common Thread: The executives realised they needed a greater awareness and understanding of change to be able to equip their people for change. To lead change, they needed to get better at managing change themselves. And the best place to start always is with what you can control, i.e., yourself.

Skills and Tools: To be both the architect and executive sponsor of organisational change, needed skills and tools. It didn’t matter whether they were a medium sized, small or large organisation. The team needed to be aligned and open to change themselves.

Confidence: The executives already had well-honed critical thinking skills. What they needed now were the collaboration and communication skills to be better at bringing about change in others. In essence they signed up for what we, at Blue Seed Consulting call Change Intelligence.

Time: But like all executives they were time poor. They needed a quick, sharp series of workshops that could fit around their busy schedules that would upskill their own ability to understand change.

Plan: They needed a plan that would stick and the framework and methodology to support it. As well as the tools and prompts for them to personally take ownership of the change. The executive team knew they needed to be accountable.

Language: Interestingly and quite simply, we all realised a common language would be the glue to keep everyone on track. And to keep their thinking positive, open, and creative.

The executive team took part in Blue Seed’s CQ Leader Program which was designed to give them the mindset, skills, tools and ownership to lead the significant suite of changes.

Several cohorts of key managers also participated in Blue Seed’s CQ People program, to unlock change agility. These were influencers at all levels.

An example of the content that hit home was looking at the difference between ‘above the line’ thinking where things are positive, purposeful, open, and authentic. And ‘below the line’ thinking, which is more adversarial, defensive, in ‘survival’ mode, and closed. In this space nothing is ever enough. Whether that is time, money, energy, or ability. This spoke to a challenge the organisation was facing, where unconstructive behaviours were prevailing during the stresses of change and uncertainty.

Ultimately it is a choice. And a choice that each leader needs to make between:

+  Accountability vs. Blame
+  Openness vs. Closed
+  Positivity vs. Defensive
+  Curiosity vs. Alibis
+  Listening vs. Telling
+  Self-reflection vs. Commitment to ‘being right’

The CQ Leader program also provided executives with a proven change methodology and tools designed specifically for busy managers in their role as change leaders.

By coming together, the executives found a common language around purposeful leadership. They were able to turn around their approach to the underperformance that triggered the initial outreach. They became much more adept at managing change themselves. Their return on investment improved.

The Chief Executive Officer was so excited by the result he and the Executive achieved in the CQ Leader Program sessions, they took part in Blue Seed’s CQ People Program. These are aimed at each individual’s better understanding of why he or she reacts to change the way they do, and how to better ‘self-regulate’ oneself through stressful transitions.

Finally, everyone left energised and confident that they had the skills they needed to make better more lasting connections around change. And with a common language the team collectively felt change-ready. 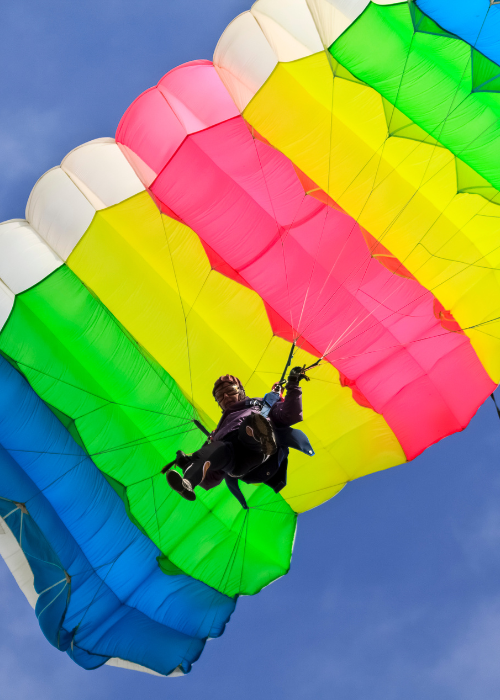