“We have worked with Blue Seed on an extensive change management program, supporting the complete restructure of a 1,600 FTE, 50-year-old NSW public service agency. Blue Seed has been an essential partner in this progress, helping us build the culture of a new executive team, manager team and broader leadership teams, and facilitating the development of an internal culture roadmap to guide us as we lead organisational behavioural and performance change over the next 18 months. All requirements of the project brief were delivered, and Blue Seed proved to be an excellent fit for our organisation”

The NSW National Parks & Wildlife Service (NPWS), a public sector division of the NSW Office of Environment & Heritage enlisted the help of Blue Seed Consulting when it was faced with increasing pressure to manage resources more effectively.

Over its 50-year history NPWS had evolved significantly, often by region or function only, without a comprehensive strategic review and alignment of all roles and functions across the whole organisation. This had led to inconsistencies in job design, rewards, performance and other talent practices across the 15 branches. These issues resulted in cost inefficiency, limited talent mobility and hindered cross-function and cross-geography collaboration and innovation.

In addition, NSW National Parks experienced an incredible 33% increase in visitation over just two years (with this growth trend forecast to continue), placing pressure on park conservation as well as NPWS resources. Add to this challenge some difficult bushfire seasons, shifting governments and policy priorities and limits on spending, and the organisation was clearly stretched.

It was clear NPWS had to change to adapt to this new environment. An organisation redesign was needed. It had to encompass a fresh operating model and revitalised culture to ensure:

The ‘Future NPWS’ transformational reform program meant 1,600 full-time employees had to apply for new roles in an entirely new organisational structure (which was designed collaboratively with two Executive Directors and their 15 Director reports), with the potential to lead to significant disruption and employee resistance as well as affecting a number of external stakeholders, including unions and the general public. Following the restructure an in-depth team effectiveness and culture change program was implemented.

NPWS needed to maximise their change leadership performance and drive the greatest possible employee understanding, support and engagement with the program’s objectives. So, to commence the program, prior to announcing the restructure, Blue Seed facilitated our proven change leadership development program. This gave an immediate uplift in change leadership capability and built the confidence of the team to lead the change program.

With uncertainty about how the change process would unfold and where most attention would be needed, Blue Seed’s Advisory offering, giving them specialist advice, direction and support on demand while minimising costs. Under the advisory service, one of Blue Seed’s Principal Consultants partnered with the NPWS executive team for 18 months, to advise and mentor the team of two Executive Directors and 15 Branch Directors in what would be one of the toughest leadership challenges of their careers.

During this process, our Principal Consultant identified a variety of culture issues throughout the organisation, including a ‘patch mentality’ limiting cross-functional collaboration and the need for greater inclusive leadership and courage to enforce cultural priorities.

A culture change program was then enacted, lead by Blue Seed’s Principal, who engaged face-to-face with every management team across the state, as well as many more employees at the grassroots level. NPWS needed to develop a consistent, enforceable culture.

As new management teams were appointed in each of the 15 branches, Blue Seed set about moving the organisation past the disruptive structural change stage towards allowing everyone to play a part in defining how people would work within the new structure. This included facilitating Leadership Team Effectiveness Workshops with all 15 new BU management teams to develop tailored leadership charters, analyse strengths, weaknesses, opportunities and threats, and create simple strategic action plans to enhance team effectiveness and align their teams to strategic priorities.

Also, through Blue Seed’s analysis of the organisation, via the management team workshops, culture focus groups and executive team sessions, we identify four Culture Priorities, with a number of behaviours linked to each, that the entire organisation needed to focus on, in order to leverage all benefits of the new operating model, to minimise HR issues and optimise the engagement and performance of all employees.

Blue Seed also set up a monthly Culture Working Group with a ‘Culture Ambassador’ from each branch to drive collaboration, explain their needs and champion the culture change across the business, and developed a two-year plan based around four new priorities, with a series of initiatives designed to promote these.

The culture change initiatives spanned a range of talent management practices like improving performance management skills as well as leadership workshops and communications plans to unite the organisation around the culture priorities and motivate them to fiercely enforce them.

While the organisation design and culture change program did mean upheaval in its early stages, employees came to the consensus that it was the right thing to do. Support grew after the management team workshops that empowered team leaders to take ownership and shape the future for their staff; by the time the new priorities were introduced, there was overwhelming support.

This program drew out the passion of employees for their workplace and their peers, and the key message from our Blue Seed team was that we must celebrate the existing great culture traits but constantly seek improvements that move us closer to the vision and strategic priorities. 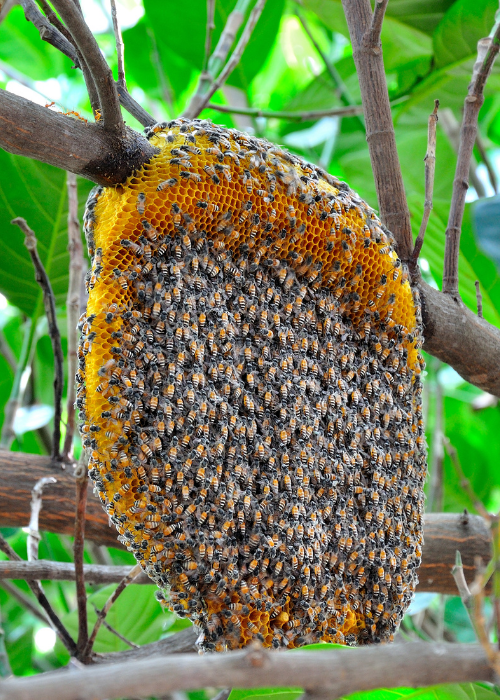